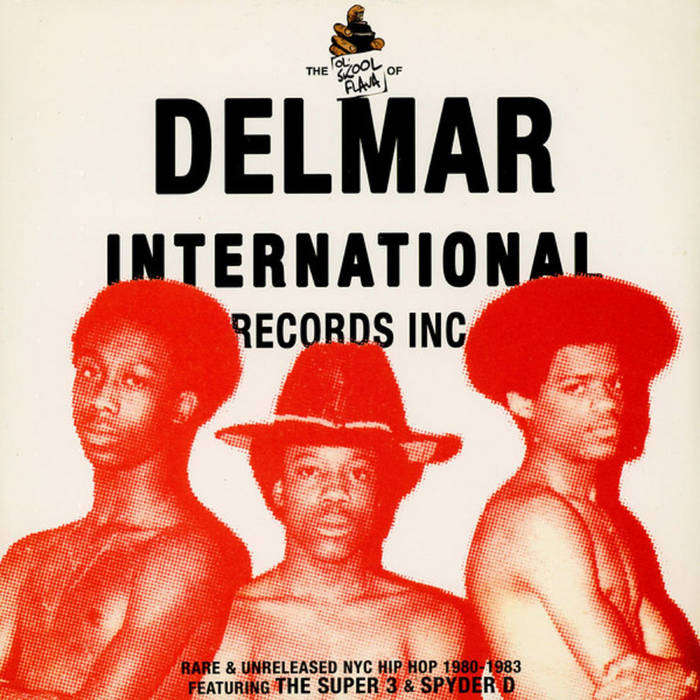 Tuff City Records has turned to the origins of recorded hip-hop for this release on the Ol' Skool Flava Imprint. The issue focuses on some of the first ever recorded hip-hop songs, produced by Harlem legend Delmar Donnell.

We all know of the equally excellent and rare track by Super Three, "Philosophy Rappin Spree" - but Tuff City has done one better. In possession of the original multi track for a scant three months in 1985, Tuff City president, Aaron Fuchs commissioned a bass and drum remix of "Philosophy Rappin' Spree", an eleven minute sprint of lyrics, hard beats and fat analog synths, available on album for the first time. The release is rounded out by the Super 3's "When You're Standing on the Top," Spyder D's "Spinning Webs and Rapping Rhymes" and Community People's "Education Wrap," early examples of positive message rap.

All of these songs feature Delmar Donnell's exquisite production and his legendary studio band. None other than Freddie Fresh asserts that the records on Delmar "remain some of the best and most highly collectable rap records in the history of music." We invite you to judge for yourself, but we are sure you'll agree with Freddy's sentiments.