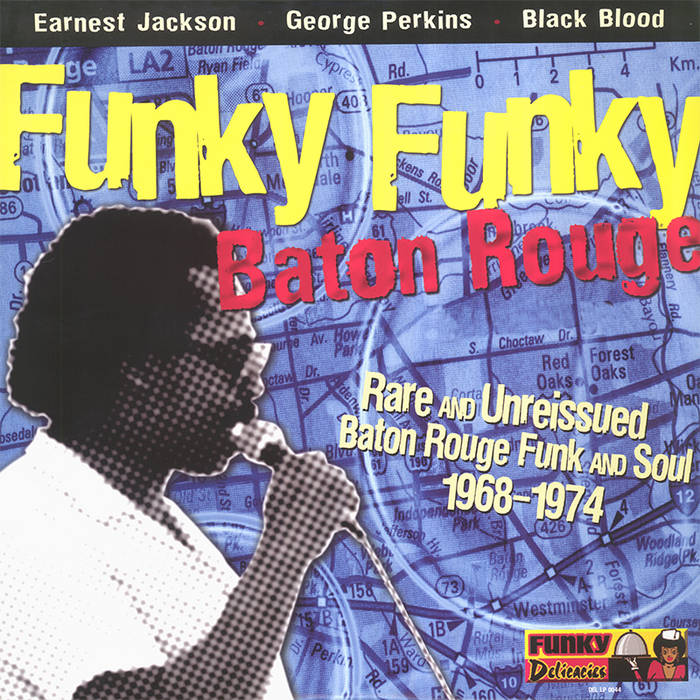 Funky Delicacies continues with its program of anthologies devoted to the funk capitals of America with Funky Funky Baton Rouge. Baton Rouge shone in the national spotlight for one brief moment, with Ernest Jackson's cover of Al Green's "Love and Happiness." For years known solely for its blues scene (Tabby Thomas et al) and pop hitmaker John Fred and His Playboys, this anthology documents a thriving funk scene. The Baton Rouge sound coalesced around Stone Records, producer Ronnie Shaab, the rhythm section Cold Grits, and the studio Deep South which here are represented by the Earnest Jackson tracks (a C.P. Love track from that axis will be featured on the CD). Other somewhat more raggedy but appealing tracks include the attempts at funk by hitmaker George Perkins, known for deep southern soul ballads "Cryin' in the Streets" (see Night Train CD 7130, Cryin' in the Streets). Perkins is here represented with his cover of the Freddy Hughes soul gem "Ooh Wee Baby I Love You." From the far end of any spectrum is Black Blood and the Chocolate Pickles, who seem to collect from unbelievably disparate corners of black music tradition a sound that had the militancy of 70s black music with the ancientness of chitlin circuit theater. Funk fans will be enriched for the music contained herein.