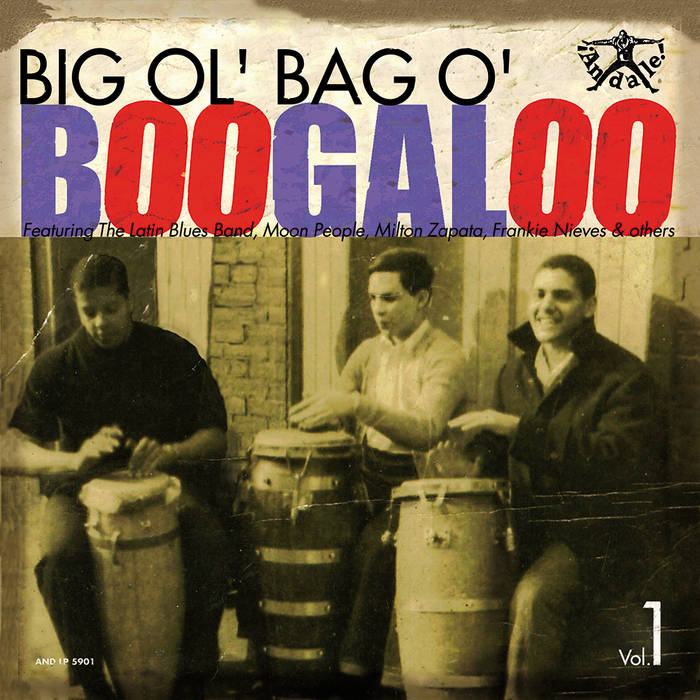 This is the real deal, bro! ¡Andale! Records has the uncut stuff straight from the source: tasty Latin Soul from El Barrio. Rarities, favorites, b-sides, unreissued gems, & more. Whatever bag you're in, from Nuyorican shing-a-ling beats & funky bugalú breaks to raw garage salsa, we got the goods. ¡Sabroso! A note on the cover photo: though none of the 3 pictured Brooklyn 'rumba kids' were in any of the bands represented on this record, all three have been a part of the NY Latin music scene since the 1960s. On the left, Jose "Yogui" Rosario, an artist who designed many important album covers for Tico, Fania, and SalSound. In the middle, conguero Carlos "Pote" Ramos, who we are indebted to for supplying the missing snap shots, taken in the winter of 1967 in Brooklyn's Cobble Hill neighborhood, birthplace of Ray Baretto and other leading lights of Nuyorican music. On the right, Yogui's cousin Charles "Charlie" Rosario, who first dug up the photo on the cover of volume 1, and who remains one of the most influential (yet unsung) artists and designers in Latin music. From the Grammy nominated cover for Eddie Palmieri's Sun of Latin Music to covers for Fania, Tico, Coco and many others, Charlie's freestyle approach to album cover design is unparalleled. And Charlie designed the much sought-after Orquesta Fantástica All Ears LP on Ghetto Records! -Symphony Jim